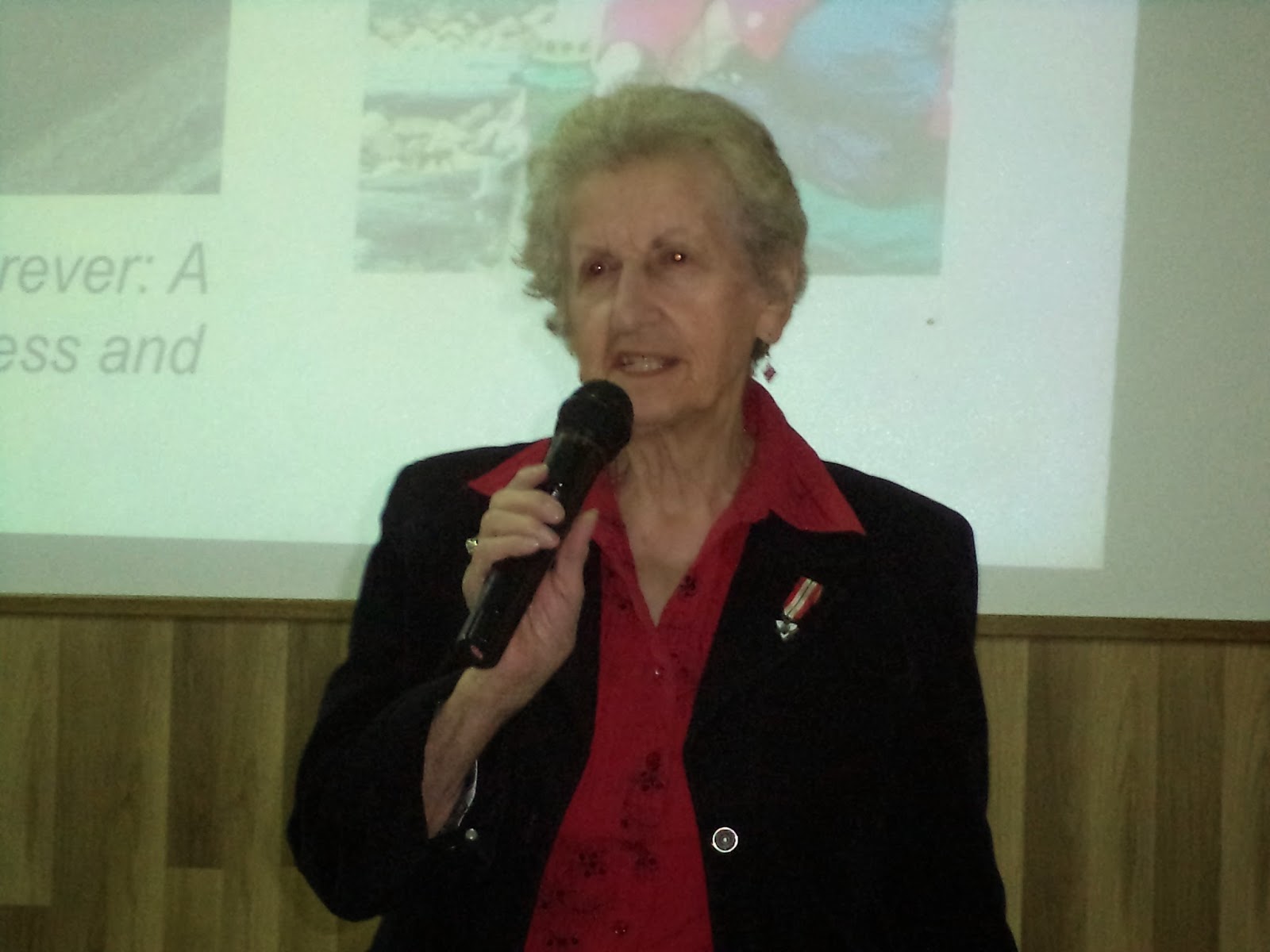 We had a very inspiring speaker at our school today. She's a 90 year old who travels extensively sharing her story in schools, colleges, universities, churches...wherever people are interested in listening to her message.

Dr. Eva Olson's message in a nutshell: "It's OK to be different, but never OK to be indifferent - the bystander is as guilty as the perpetrator. During the Holocaust there were many bystanders. We're all human beings, created by God. I do not judge people. I leave that to God. We need to show respect towards each other. If we teach our children that at home, that's what they will bring to school."

Dr. Eva Olsson has had to endure a lot in her life. After surviving the Holocaust, she moved to Sweden. It's there she met and married Rude Olsson. Eva and her sister, Fradel were the only ones in their family to survive the Nazi regime, but when Eva married a Swede, her sister disowned her. Fradel now lives in Israel. Early in their married life, Rude and Eva moved to Ontario, Canada, where she still resides. She has one son, and three grandchildren. When Rude was in his thirties, he died, after being hit by a drunk driver. Which means she has been a widow for 50 years. Today Eva shares her story of survival with courage and passion, and with no trace of bitterness, but a heart full of love for all human beings, especially children.

"I cannot live in the past, but I must live with it. Perhaps by writing and speaking about my story I will pass on to the next generation the importance of creating a legacy of caring, compassion and character. I'm going to keep speaking as long as I can. Then I can honestly say to the millions of people whose voices were cruelly silenced by the Nazis, "You have not been forgotten." Dr. Eva Olsson


If you ever get the chance to listen to Dr. Eva Olsson, I highly recommend you do so.

Dr. Eva Olsson has a number of books and audio and video CD's, some of which can be found on Amazon: 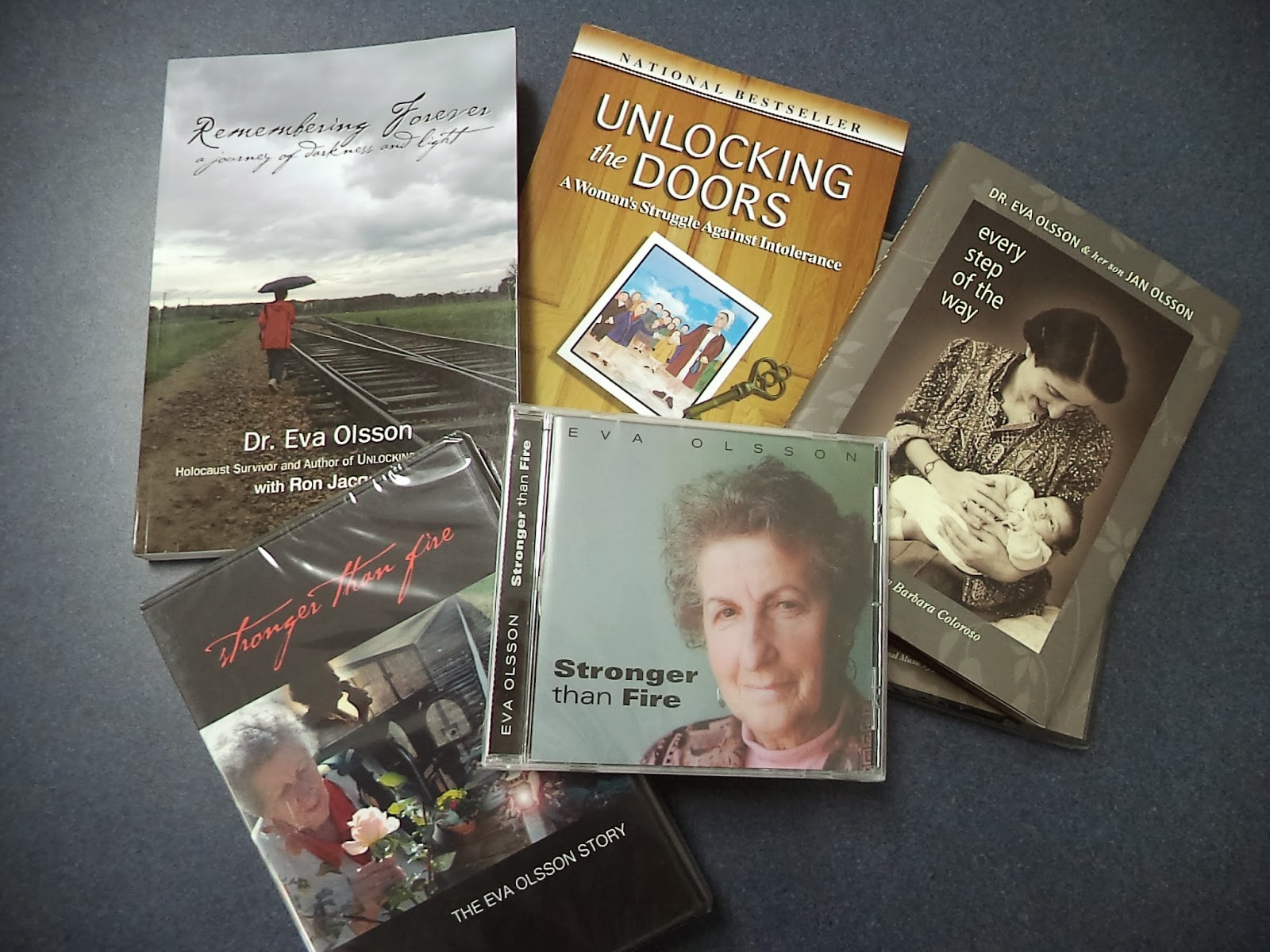