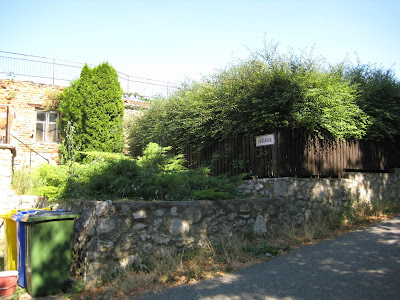 Our second day in Wien, Alexander Basnar took us to Nikolsburg. There we saw the place where a Hutterite colony (Habanska) was once located, but there's really nothing there anymore - just the Habanska signs, one the fence and one on the street leading up to this place.

Nikolsburg is also where Hans Hut and Balthasar Hubmeier debated the issue of whether Christians should use the sword - Schwertler oder Staebler? According to our Hutterite Chronicle, in 1528 Jakob Wiedemann led the Staebler out of Nikolsburg and established community of goods at another village close by.

We also walked around Leonard von Lichtenstein's castle. The place is humongous! He must have been very, very wealthy. There's actually a plaque of Balthaser Hubmeier on the grounds of this castle. 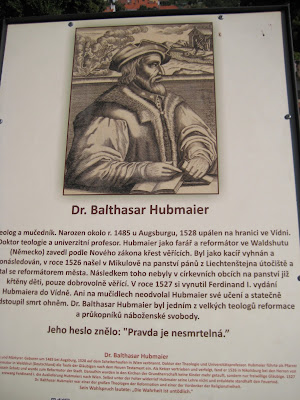 And a look at the castle: 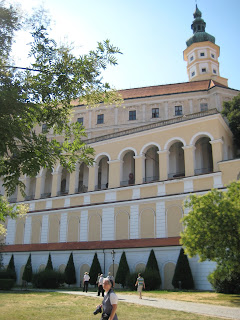 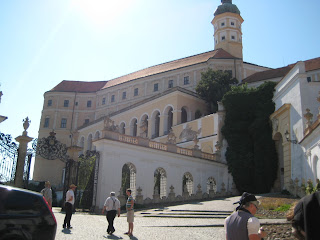 After saying farewell to our friends in Wien, we traveled to the Czech Republic in search of Sabbatisch, which was also a Hutterite settlement once. We were so excited when we found it. It actually felt very strange walking around these buildings in this strange land, knowing that Hutterites lived here at one point. Here the buildings look very old, locked up, some seemingly abandoned, so were unable to see the inside. I honestly felt like crawling in some of them to see what they're like inside. 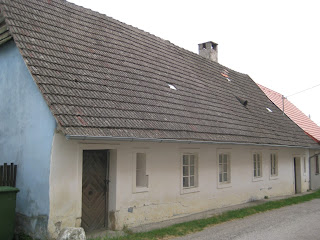 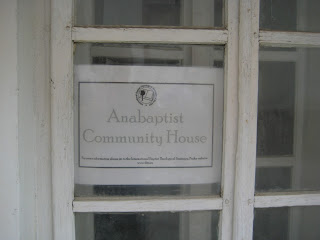 sign on the window, of the house on the first picture 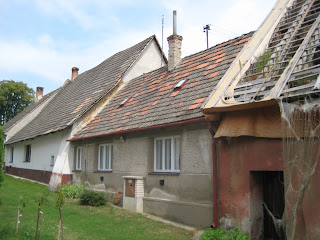 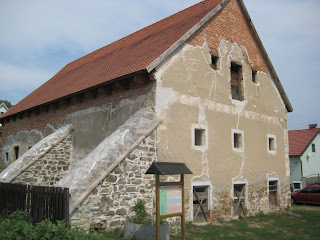 The following picture shows part of the sign you see in front of this building.
Hopefully you'll be able to read it...for some reason Blogger will only allow me to enlarge one or two picture, if I'm lucky. 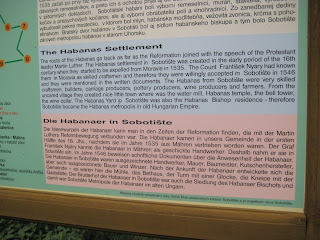 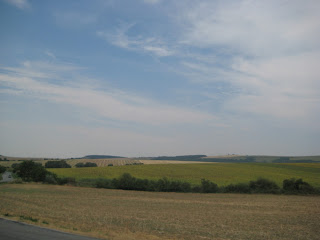 and a rather blurry look at the landscape of this land that our forefathers called home.
So, this is the last Hutterite history related post, but Kathy and I are actually making history here in Hannover too. Not only are we the only Hutterites to ever take part in the course we're taking, but the only Canadians as well. We believe we started a good thing...let's keep it going. It's well worth it! Tomorrow we're taking the train to Hamburg, to tour the city and to take a boat ride. Really looking forward to this! So till I'll sit down to blog again, Auf Wiedersehn!
﻿
Posted by Hutt-Write Voice