Someone once said, "New Year's Day is the first blank page of a 365 page book. Write a good one."

I've had the chance to tour many places in Europe pertaining to our history. (Click on Europe Trip above to read more) So I was very excited when in the past year I heard about an old Hutterite community that was recently discovered. It's in the Znojmo District in the South Moravian Region of the Czech Republic. There are people involved with Czech Republic Historical and archaeological research of Anabaptists in Moravia, who think this place is worth restoring possibly into a tourist site, one of them writes:

"In Čermakovice-Alinkov we can find a unique set of buildings identified by archeologist Dr. Jiři Pajer, specialist on this subject, as an Anabaptist settlement originating from sixteenth century. The first “new Christian” inhabitants arrived here in the second part of sixteenth century and lived and worked in the old, renewed mill which was situated on river Rokytna from the end thirteenth century. At the beginning of the seventeenth century the community consisted of around 150-200 people living in self-supplier system. They had a special contract with the landlord. Tschermakowitz was a Tulleschitz's manorial estate. Their products and knowledge were in demand in the circle of wealthy nobles. According to the chronicles of the Hutterian Brethren they had to pay very
high taxes after the mill and tannery and after the communal kitchen. At the beginning of the 1620s they suffered terribly from the brutality of different armies. In 1622, after the defeat of the Protestants in the battle at the White Mountain (1620) the community had to leave the country.

This group of buildings is a unique memorial of the sixteenth-seventeenth century history, specially of the Hutterian Anabaptists. The long main building saved it's original structure and architectural elements. The first level of the three-floored building served as a stable for the domestic animals, on the first floor were situated the communal spaces, nursery and infirmary. The very small attic rooms were prepared for the married couples, families. The remains of the other buildings and the high walls separating and protecting the Bruderhof are also testfying about the life of this community. There are some houses in Sobotište (Slovakia) and specially in Velke Leváre (Slovakia), a so called “Haban district”, which partly can document this period and way of life. But the rarity of the Čermakovice-Alinkov Courtyard is that the Bruderhof survived as a whole unit with its original architectural structures. We can not find anything similar in all Europe. We are in the last minutes for the preservation, for rescuing of this historical monument. The possible, necessary forthcoming archaeological excavations in this district are also promising valuable historical documents about the renaissance material culture. On the other hand the renovated buildings may serve as a cultural and craft training center, a youth hostel for school children, a museum, a touristic place for bike riders with a reconstructed brewery." 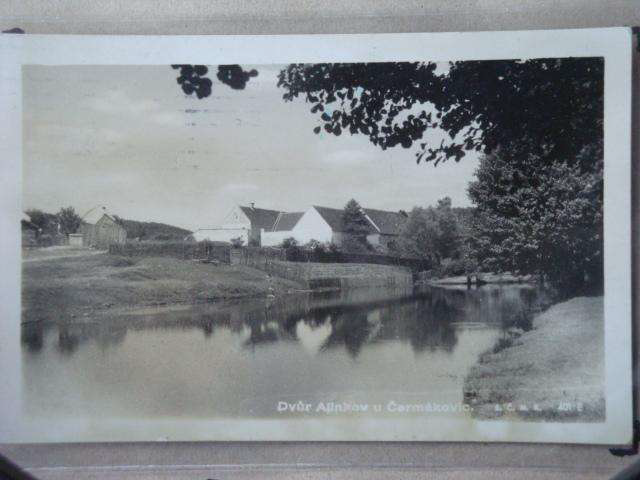 Should this venture actually be possible, it would take a dedicated committee, most likely consisting of the people who discovered this historic site, and hopefully Hutterites. Besides that, needless to say, a substantial amount of money would have to be put into this project as well. I sincerely hope this is feasible and the buildings are worth restoring. I know first hand how meaningful such places are for people who are interested in their Anabaptist roots - they bring history to life when you get a chance to see them. Here are a few images.The first two, black and white photos are of the same community, but taken in the 20th century. 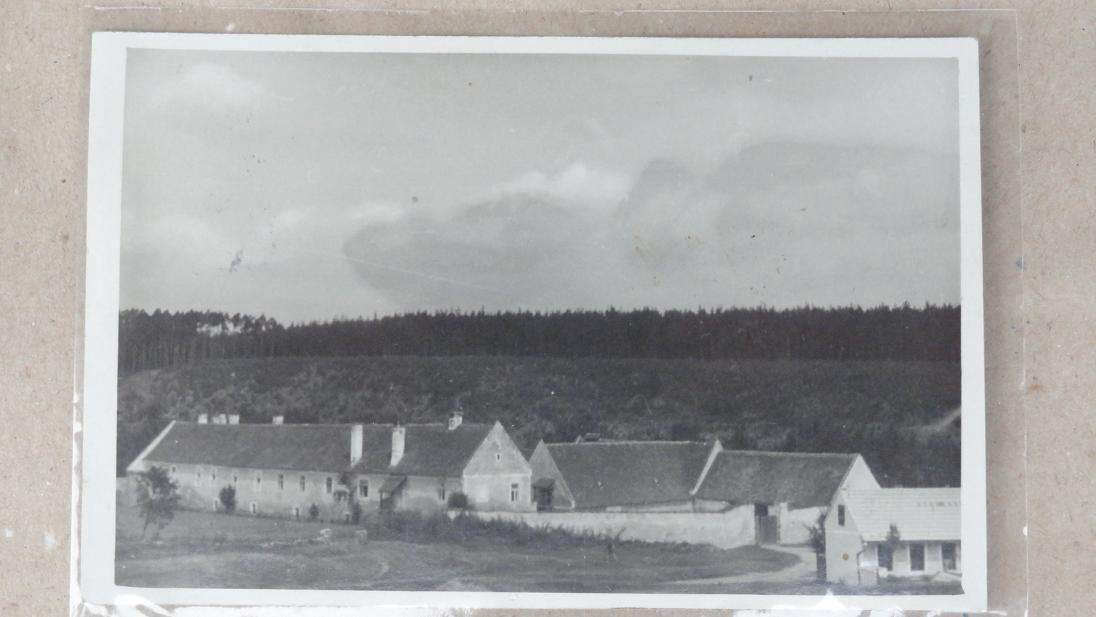 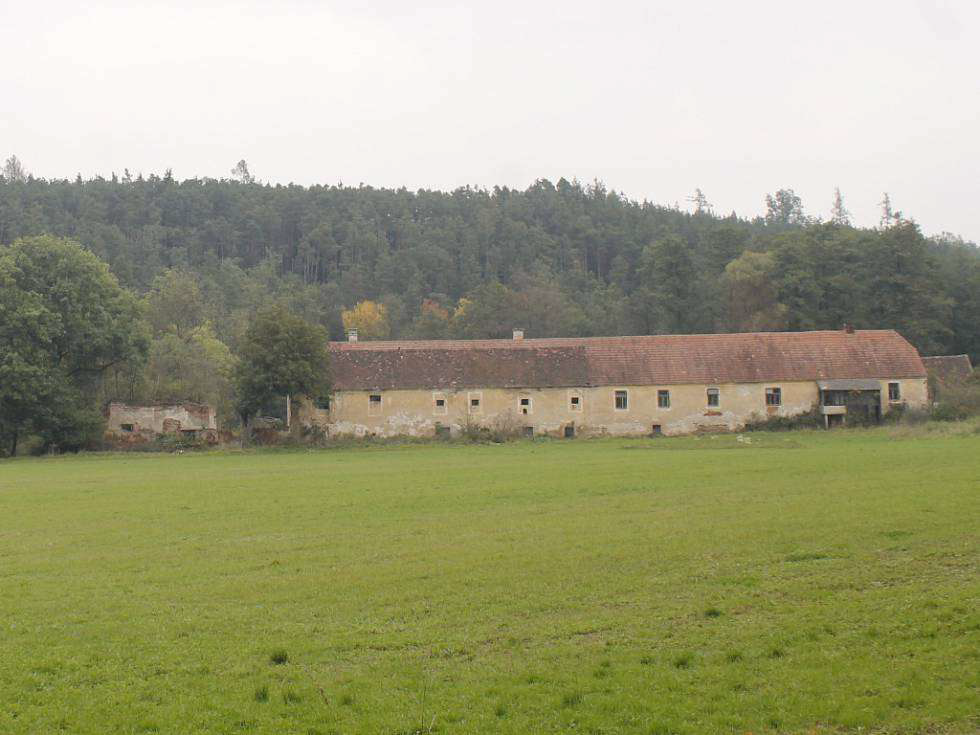 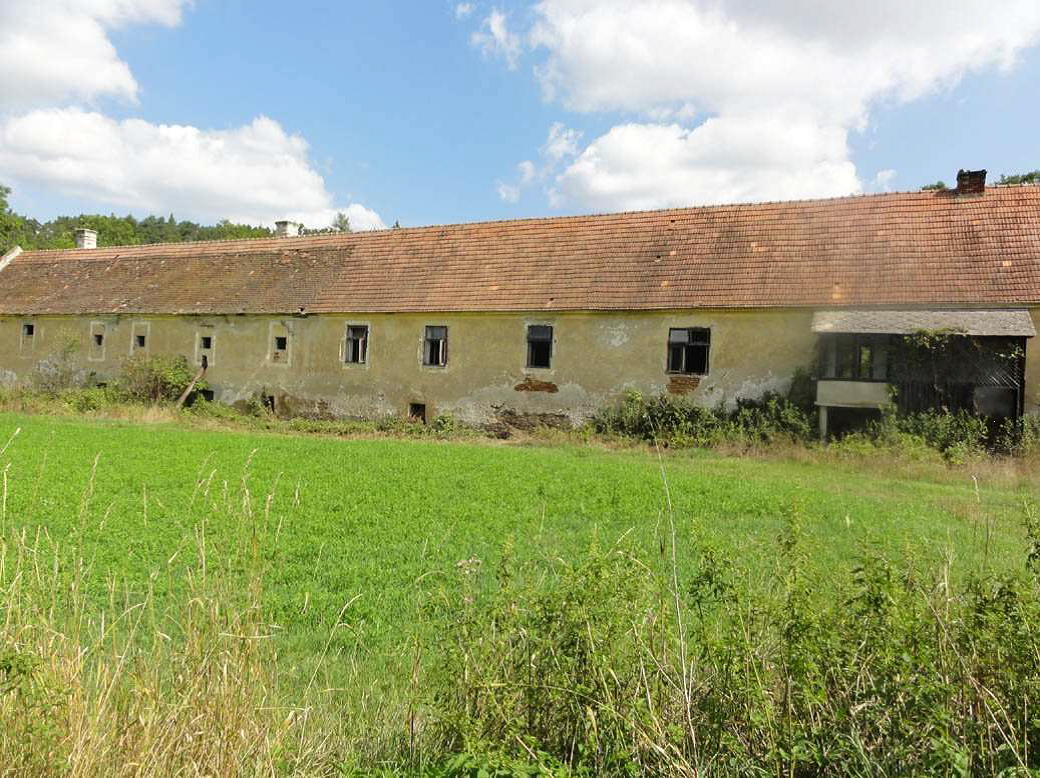 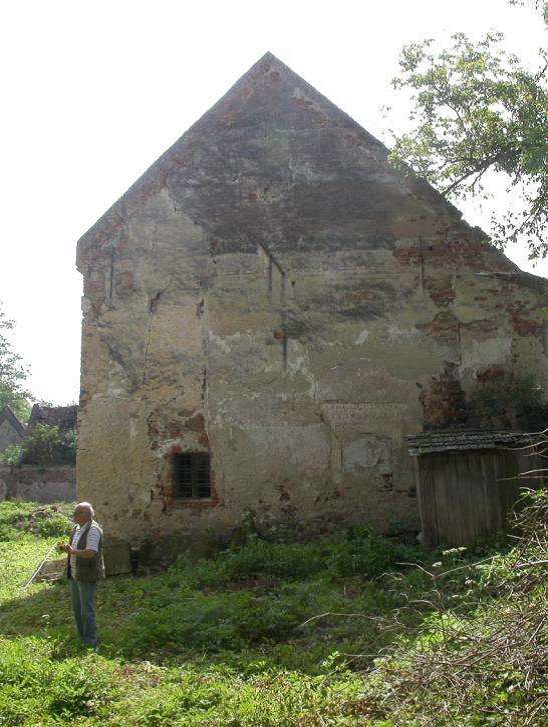 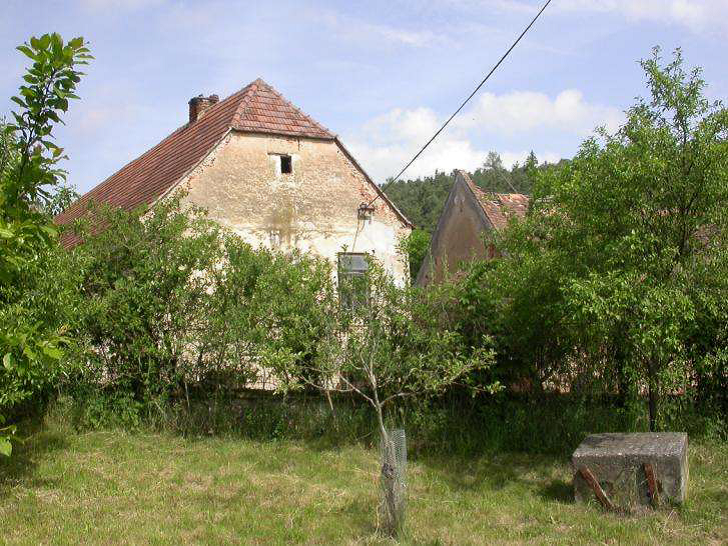 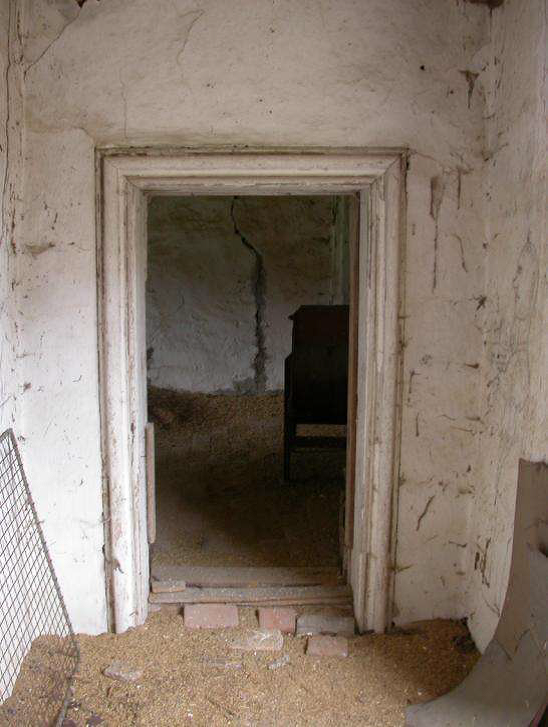 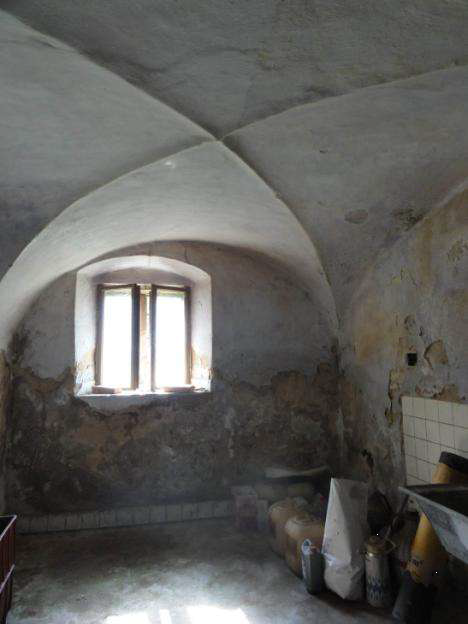 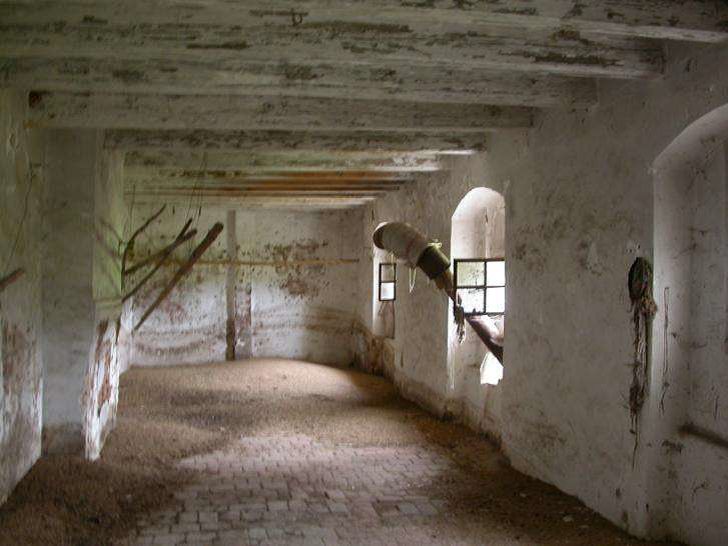 Looks like this has been used for storing grain. 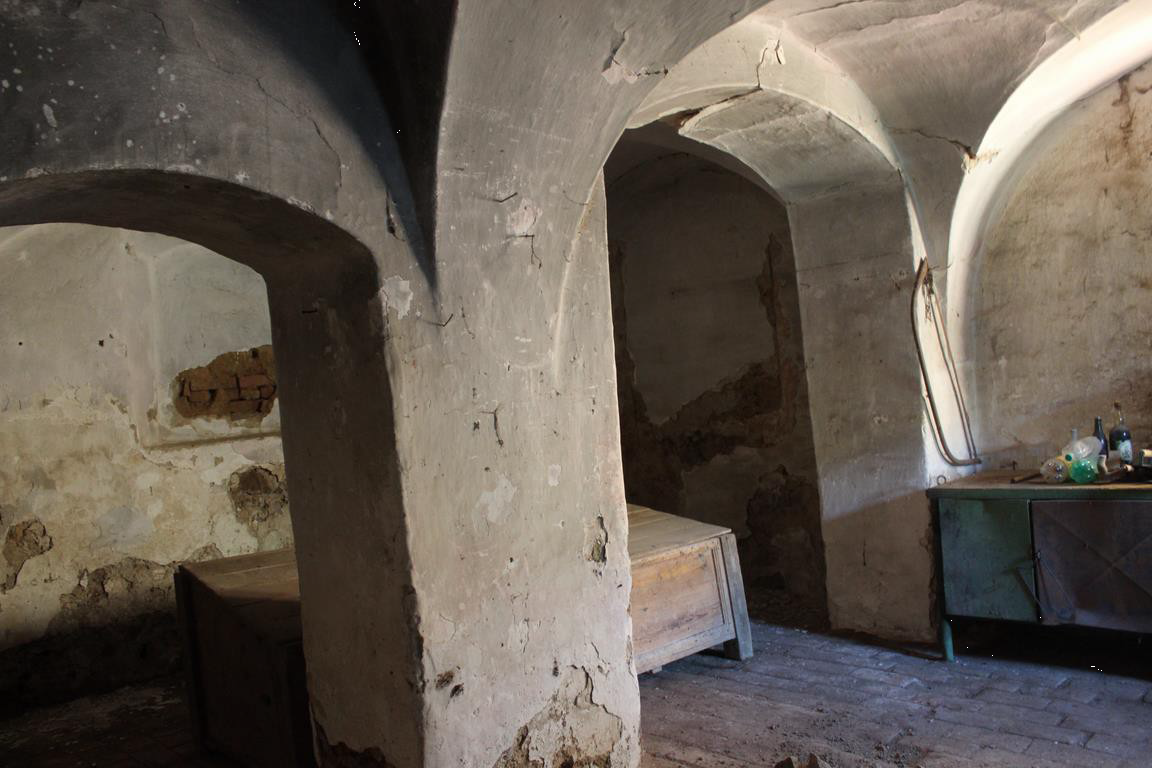 This would be an exciting project for 2015. Right??
I don't know what other Hutterites think about this, but I'd like to go and see this place myself. Yup, this one goes on my bucket list. That is, if it will still be there... and it may very well not be, if things don't happen in the near future to have it restored.