I’ve received some interesting messages since I’ve started blogging a few years ago. The most recent one made me do a double take and wonder if this person was dreaming. Upon conducting an internet search to learn more about the Hutterer Park in Innsbruck, Austria, this person was led to my blog, where I had written a post on this park after visiting the area.

“Hi Linda, just read your ‘Living What Our Forefathers Died For’ post. Deeply touching article, as I am a descendant of the Hutterites enslaved by Turks during the raids.  We were eventually sold as slaves in Istanbul and sent to Cyprus. We were freed in the 1800's and still live in the same Turkish village in Cyprus.  We are still in touch with our distant relatives in Süd Tirol and some Hutterites around the world.  I am keen to visit a Hutterite colony one day.”

Naturally I felt compelled to respond and find out more about this intriguing ‘descendant of the Hutterites’. Over the course of a few emails, I learned that the man was born and raised in the United Kingdom, to Turkish Cypriot parents.

“Since a very young age, I have always had a fascination with genealogy and trying to trace my ancestry.” He wrote in an email. “I managed to trace my family tree back to the 1800's, to the same Turkish village my father is from, but couldn't go back any further.  So I decided to take a DNA test to work out my origins.  The results came and it turns out I have the rarest European DNA (Haplogroup L2) and the DNA I carry only appears in one part of Europe - Süd Tirol.” 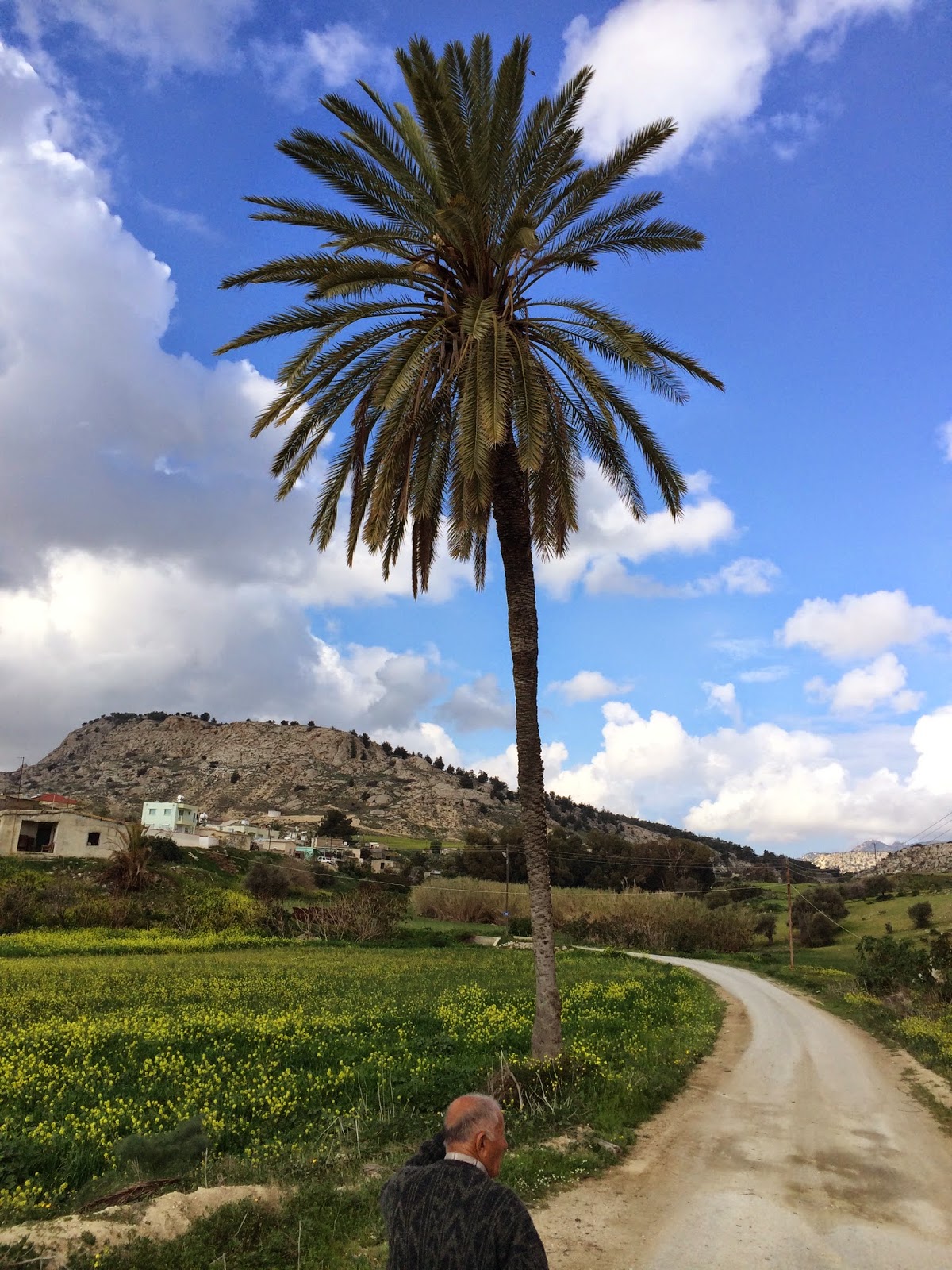 A few years after getting this DNA test done, a man from Süd Tirol took the same test.  His results were posted onto a database and because they matched, both men, one in the UK and the other in Süd Tirol were alerted to this. They received an email from the DNA testing company to inform them they were 12th cousins and shared the same forefather in the 1500's.  At that point the man in the UK got in touch with this distant relative in Süd Tirol, and later, fascinated by this discovery, also visited him.

After more research, both cousins learned that in the 1500's their common ancestor lived in Leifers, Süd Tirol.  One of their forefather’s sons became a believer and converted to Anabaptism.  Due to this he was disowned by his family and went through severe persecution.  The people that remained on the farm are where the family in Süd Tirol descends from.  My contact in the UK descends from the disowned son who became an Anabaptist.

The trail then goes to Moravia; where in the 1600's the Turks invaded and enslaved 200 Hutterites as recorded in the Hutterite Chronicle, pages 702 to 788. From Moravia they were taken to Hungary and then Istanbul, Turkey, where they were sold as slaves to a farm in Cyprus.  The farm they settled on is the farm where the family continues to live today!
“So, I am a descendant of the Hutterites who were freed from Turkish captivity!” this man from the UK informed me. “As a result of my research and findings, I converted and became a believer too - I now attend an Anabaptist Church in the UK. Unfortunately we have no Hutterite gathering in the UK!”

I told him about the Bruderhof community in London and he has since made contact with former Hutterites there and has visited them as well and felt “very emotional and happy”. He and his family are now planning a week-long visit the Darvel Bruderhof in England.

“There are no modern day Hutterites from this same family line - they were all either murdered or enslaved by the Turks.” he noted, as he continues his research, “We have unfortunately lost our link, but I am intent on making the link again and ensuring the people from my father’s village are made aware of their Hutterite origins. I am very keen to visit a colony and experience the life I call home”.

In his quest to find other “Turkish Hutterites" he has managed to find members of the Stahl family living in North East Turkey.  As a result of this discovery he now plans to continue the work of Salomon Böger and trace as many of the lost Turkish Hutterites as possible. Salomon Böger’s was a Hutterite in Moravia, mentioned very briefly in The Chronicle of the Hutterian Brethren, is known for his unusual and valiant efforts to redeem Hutterite women dragged away by the Turks during a very bloody war raid in 1605. His wife and daughter were victims of these raids, thus his passion to find and try to bring home these slaves. This mission lasted a few years and he was able to reunite a few lost women with the community. In 1610 while traveling toward Hungary, he disappeared and later it was reported he was murdered on the road.

“Let us never forget those who were carried off into foreign parts, but continually remember them before God and daily bemoan their suffering.  About 240 brothers, sisters and children were taken from us as prisoners.  About 90 were eventually released, some as late as 1614.  But there are about 150 of whom we heard no more.  We have never found out whether they are still alive or where they may be scattered…

What happened at that time was so dreadful, inhuman, and unchristian that it defies description. This is only a brief report, included here for the sake of our descendants. May God the Almighty grant them a better future.”  From the Chronicle of the Hutterian Brethren


Having recently visited ‘Moravia’, which today is known as the Czech Republic, this story really piqued my interest. Not only is it linked to Hutterite History, but I was able to make a better connection from a geographical sense.

In conclusion, like many other similar stories, this is a part of Hutterite History that could never have made it into our history books, because tragically, people sometimes just disappeared and were never heard of again. Till now - for this family anyway. In reading our history, I’ve often wondered what happened to the people who by choice or force were separated from their Hutterite communities. For example, the people who chose to stay in Russia, when the Hutterites immigrated to America. One can only imagine what fascinating pieces we could add to our history books, if we’d ever find out. Then again, and as is evident with this Cyprus connection, who knows what more we’ll learn in this ‘information age’ we’re living in.

Like many of the stories from our Chronicle, this one brought to mind the passages in Hebrews 11, verses 36 to 40:


Some faced jeers and flogging, while still others were chained and put in prison.  They were stoned; they were sawed in two; they were put to death by the sword. They went about in sheepskins and goatskins, destitute, persecuted and mistreated -- the world was not worthy of them. They wandered in deserts and mountains, and in caves and holes in the ground. These were all commended for their faith, yet none of them received what had been promised.  God had planned something better for us so that only together with us would they be made perfect.
Posted by Hutt-Write Voice