More on the Huttererpark Opening in Innsbruck, Austria

From all accounts the Huttererpark Opening I wrote about in an earlier post went very well. It took place on the 16th of October and there were other related events scheduled as well. Like I said before, it was a week-long celebration, honouring Anabaptists who died for their faith. Two Hutterite couples I know very well, took part in these festivities; which included placing memorial plaques at historic sites and giving presentations in schools.

I've been to Innsbruck and the Huttererpark, when they were still working on it, so I was very excited when a friend of mine from Austria sent me links to newspaper article and pictures, some of which I'd like to share here. The newspaper articles are naturally all in German, but there are pictures that can give you a glimpse of the events, if you can't read German.

Gedenken an Wiedertaeufer (Commemorations of Anabaptists) 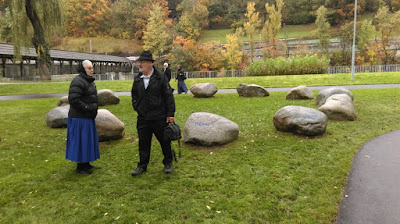 Each stone represents a different Anabaptist who was martyred for his/her faith. Each stone has a word from Zechariah 9:16 carved into it.

Like the jewels of a crown they shall shine on his land. 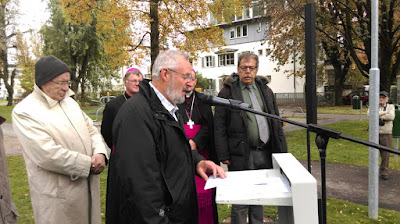 Edward Kleinsasser giving a speech at the Opening 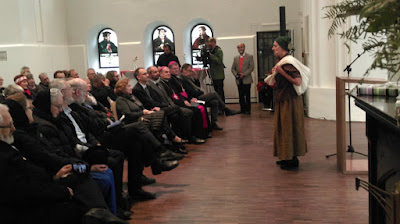 At the end of the Huttererpark Opening representatives from various churches, including Edward Kleinsasser, read very fitting passages from Psalm 22, after which a moment of silence was observe in memory of those who gave their life for their faith.


25 From you comes the theme of my praise in the great assembly;
before those who fear you I will fulfill my vows.
26 The poor will eat and be satisfied;
those who seek the Lord will praise him—
may your hearts live forever!


27 All the ends of the earth
will remember and turn to the Lord,
and all the families of the nations
will bow down before him,
28 for dominion belongs to the Lord
and he rules over the nations.
29 All the rich of the earth will feast and worship;
all who go down to the dust will kneel before him—
those who cannot keep themselves alive.